Each project's detail page is divided into five vertical sections with bold headings, described next: Details table, Models, Units, Targets, and Time zeros. Here's an example (the bottom has been cut off): 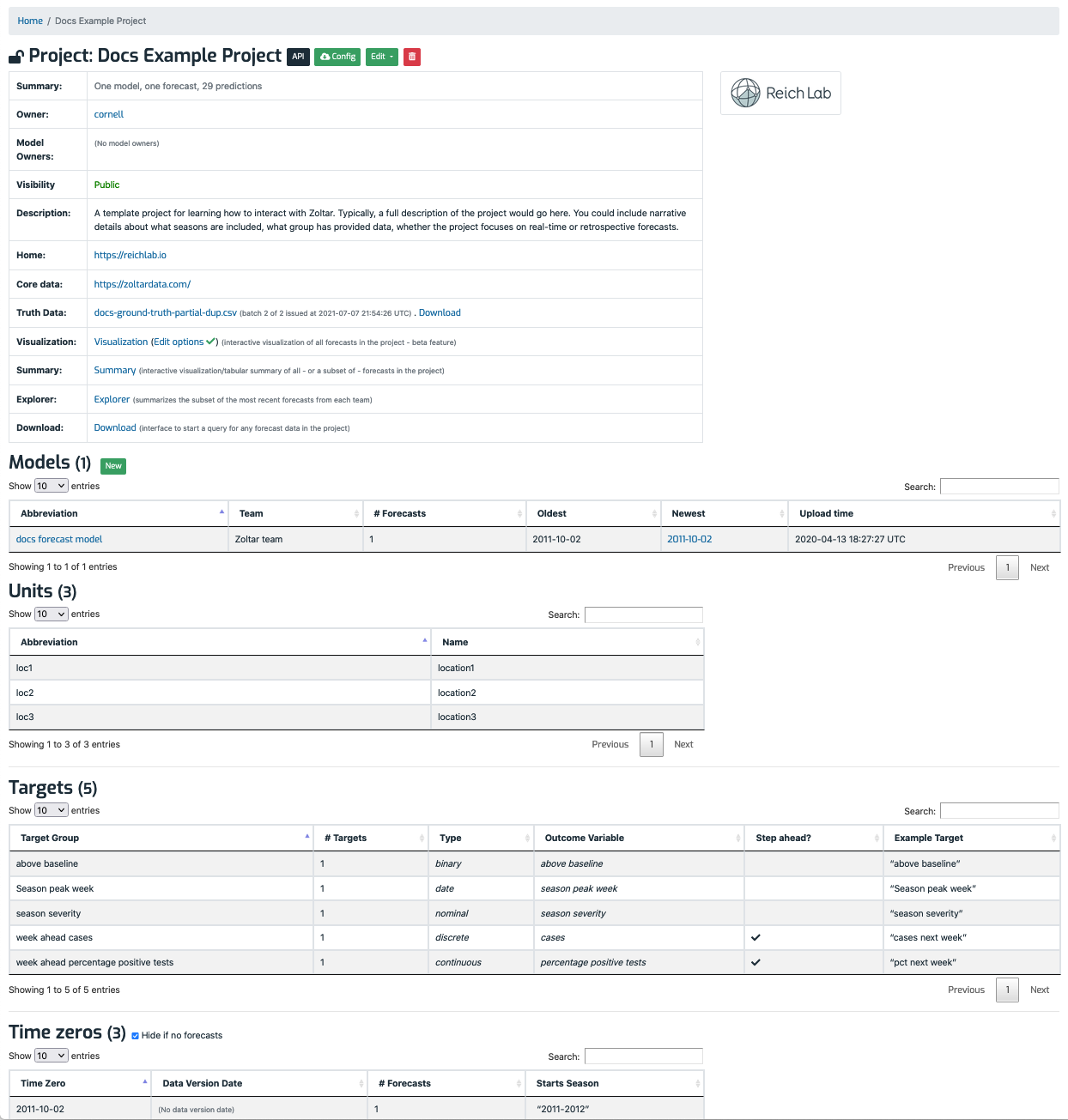 At the top of the page is a table showing this information related to the project:

The Models section lists the project's forecast models by name, with links to model detail pages and each model's oldest and newest forecast details (see details below), with the latter being a link to that forecast's detail page. A model captures a team's prediction challenge effort, and includes forecasts for some or all time zeros defined for the project. (See Concepts for more about time zeros.) If you're a project owner or model owner then a "New" button is shown that takes you to a form for creating a model. Clicking on a model's name takes you to its model detail page.

This section lists information about the units in the project: name and abbreviation. (See Concepts for more about units.) These were defined by project owner when creating the project. Often units are used to represent locations or regions that targets apply to.

This section lists information about project forecast targets, which are a central Zoltar concept. See Targets for more about them. Like units, these were created by the project owner. Some of these parameters are optional - this table shows which apply based on target type.

The table includes the following columns:

This section details the project's time zeros . (See Concepts for more about time zeros.) It has these columns: