This page documents how Zoltar represents forecast data, and the various types of predictions that are supported. Each forecast is made for a particular time zero in the project, and contains some number of predictions, one or more for each combination of the project's units and targets. Zoltar supports the following five prediction types, which we've found covers many forecasting applications. All predictions must pass a number of validity checks as documented in Validation. Each section has an example as represented in Zoltar's JSON format which was taken from the "Docs Example Project" demo project. 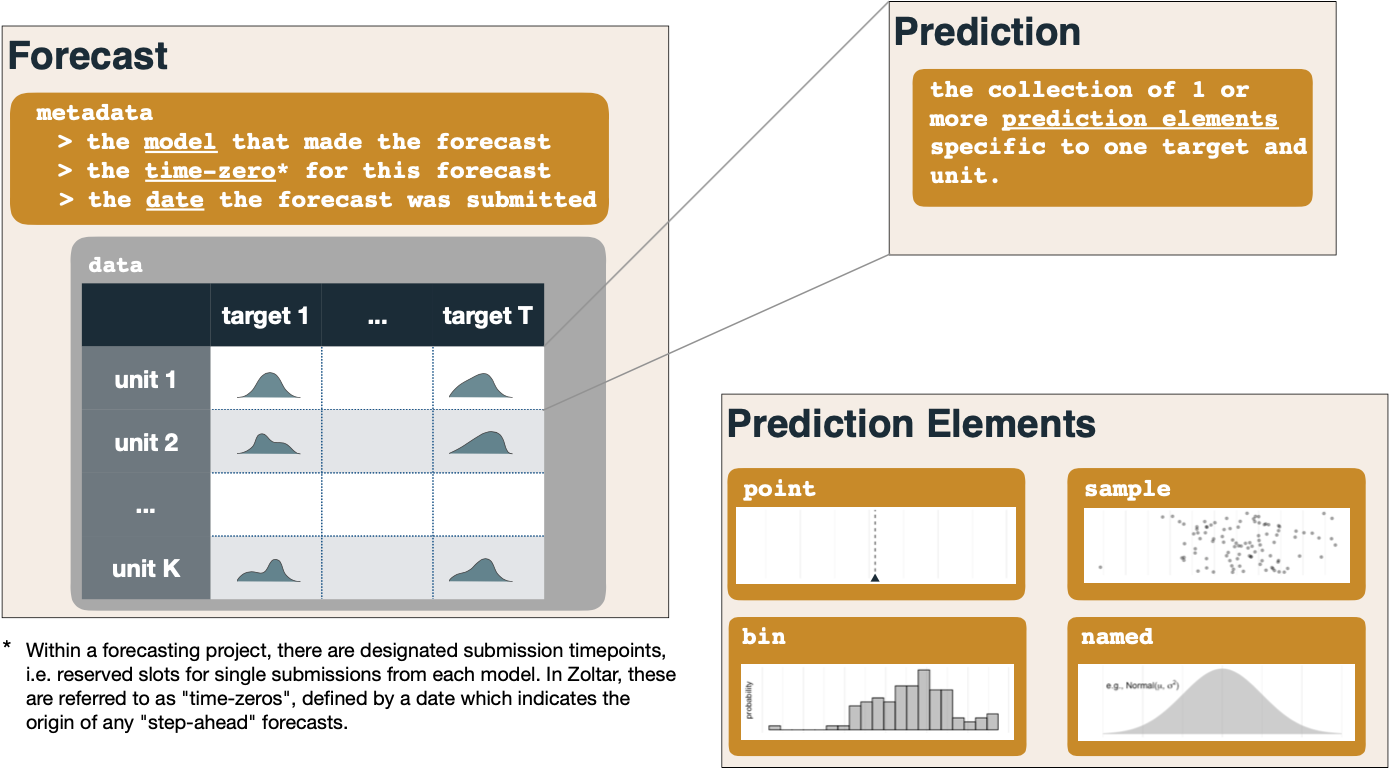 Point predictions represent a single value. See here for details. In this example we see a prediction of 2.1 for the unit "loc1" and target "pct next week". Note that, like all predictions, the data type (in this case the float 2.1) must match the target's data type. (In this case it does; "pct next week" is a discrete target.)

Named distributions represent distributions like normal, log normal, gamma, etc. See here for details. Here is an example in which a normal distribution ("norm" is the abbreviation) is specified for unit "loc1" and target "pct next week". Named predictions support up to three parameters (named "param1", "param2", and "param3") depending on the family. Here the normal distribution requires two parameters: mean ("param1") and sd ("param2"). "param3" is unused and not listed.

Sample distributions represent samples taken for the unit and target. Here's an example: